4 Companies Paving the Way for Robotics in Construction 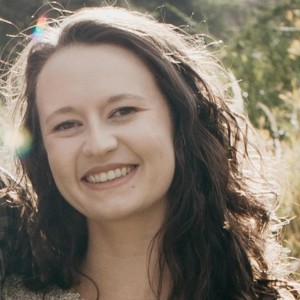 It’s no secret the construction industry has a productivity problem. While the industry’s value is expected to reach $12.9 billion by 2022, its productivity rates aren’t growing at the same pace. Contractors and construction managers who’ve experienced slow-moving projects and the effects of dwindling numbers of skilled workers firsthand know this all too well.

But these same construction industry professionals are also witnessing a shift toward the use of technology at the jobsite. Automation and robotics technology, specifically, are two solutions that could remedy the productivity issues so many contractors are experiencing. Not only that, but automation and robotics could also ease contractors’ worries about the lack of skilled workers available.

Fortunately, in the past few years, several construction technology organizations have taken it upon themselves to create a variety of automated solutions to the modern contractor’s problem.

The solution begins with machine control.

Machine control is the first step toward automation in construction. Jobsites are difficult to automate and predict: You can’t control the weather, the environment or your people, after all.

Machines, however, can be controlled, and empowering operators with automated machines makes jobsite tasks more predictable and efficient. Automation is a natural and common-sense approach to making a jobsite more efficient.

The ability to control, program and run a machine remotely enables construction professionals to get more done in less time. It reduces waste, cuts down on project time and reduces the number of actual humans needed to perform a single task.

What does this look like in real life? These four companies have an idea. They’re paving the way for industry-wide use of robotics and automation.

Robots guide timber beams while they are sawed to size, and then the robots work together to place the beams in an accurate position based on the proposed layout. Researchers developed an algorithm that ensures the beams don’t run into each other and stay their path, then workers bolt the beams together.

Robots ensure the beams are sawed and placed precisely, which cuts down on material waste and cost. The researchers who developed the robot say the beam placement is accurate down to the millimeter. With that sort of accuracy, human workers can leave it to the robot to handle. This new way of building creates new construction possibilities while removing tedious work from a worker’s plate. In return, skilled workers can focus on building more advanced and innovative structures with the robot’s help.

From timber to bricklaying, robots can seemingly do it all. And when it comes to saving workers’ bodies, robots should do it all. Construction Robotics’ SAM, which is short for semi-automated mason, is the brick laying robot revolutionizing onsite masonry construction. It reduces human lifting by 80 percent, thus minimizing safety risks at the jobsite.

SAM100 uses a metal robotic arm to spread mortar before a laser-guided system actually lays the bricks. The robot is made for building uninterrupted walls, which means workers have to brick and mortar the first five feet of an area and around windows and doors. After that, it’s all SAM.

This bricklaying robot vastly improves productivity by laying an average 250 bricks an hour — the same amount the average human mason can lay in a day. This productivity boost indefinitely means workers can focus on more skillful tasks after helping SAM by starting the job. Workers also stay safer and prevent injury and repeated stress on their bodies by allowing SAM to lift and lay the bricks.

AutoDesk’s BrickBot takes machine learning to the next level: It is told what to build, but the robot decides for itself how exactly to build it. Deploying robots in factories or on construction jobsites is complicated, as these environments are often very unpredictable.

But the BrickBot is made to adapt to these unpredictable environments. It grasps objects out of a bin full with its gripper, which is in and of itself an advanced robotic task, as most robots can only compute choosing from a predetermined pile. The BrickBot also understands how to pick up a brick, set it down and reposition accurately, which comes in handy at the jobsite.

Eventually, the BrickBot would learn more efficient ways of building — perhaps even more efficient ways than a human would instruct the robot to build. With little guidance from a human worker, workers could save time and focus on other more skill-based tasks while the BrickBot gets to work. Additionally, its advanced learning and adaptability skills make it so work could be done more accurately and precisely.

TyBot does what its name suggests: It ties rebar on bridge construction projects, and it does it under the supervision of just one worker.

Tying rebar is a laborious task, and what’s worse is that there is a lack of teams available to do the job. Hard work combined with few available workers equates to slow-moving construction.

The same hard work can be done quickly by Tybot, which can cover as much as 140 feet of ground and ties rebars together with its robotic arm. The TyBot is estimated to cut labor hours in half.

Plus, TyBot offers safety benefits and relief for workers who have, up until now, had to repeatedly bend, straddle and strain over rebar frames while tying together bridge intersections. Not only does TyBot protect workers by doing the backbreaking work itself, but it speeds up work and cuts down on the number of workers assigned to a rebar job, thus increasing efficiency, productivity and money savings.

EquipmentShare is expanding its construction technology solutions platform in spring 2019 to include EquipmentShare Robotics. Kicking off the venture is a compactor robot.

The compactor robot’s hardware communicates with software via an app to compact earth in a designated GPS location. Once the path and area area are confirmed on the app, the compactor sets off on its own to do the job. With sensors, 3D cameras and two GPS locators on the robot, the compactor can run with little-to-no human supervision. Plus, it can be controlled remotely wherever there’s an internet connection.

Previously, this type of job would be performed by at least one worker, and it’s monotonous work. With a compactor robot, the work becomes one and done, and workers can simultaneously do other tasks while the compactor does its own.

The expansion of EquipmentShare’s platform to include a Robotics division is all a part of our mission to change what it means to be productive in construction. By automating and modernizing archaic processes and tasks, we enable contractors and construction teams everywhere the opportunity to become more efficient and indefinitely more productive.

Why these advances matter

Construction lags behind most other sectors when it comes to adopting technology and embracing modern ways of working. That the aforementioned ventures are creating automated and robotic solutions that push forward the industry isn’t just an optimistic sign of modernization. It’s a radical shift in favor of scalable and useful solutions that directly increase the amount of work that can be done at a single jobsite.

Automation solves problems that contractors and workers experience every day, whether that’s trying to find enough workers for a tough job or trying to accomplish more with less downtime. With robotics solutions that operate remotely and with higher precision than a human, contractors can also better predict project timelines and deliver on schedule.

Automation also improves jobsite safety levels. The TyBot and SAM100 enable workers to get the job done without injury and reduce risk — something that will always be important in construction.

What could be most exciting about automation advances, though, is the positive effects they have on the workforce and productivity rates in general. Compactor robots and brick-building robots free up workers from doing rote tasks. Contractors suddenly have access to their skilled workers again. When these skilled workers are free from monotonous tasks, more work is done, and productivity rates rise.

Solutions providers like Construction Robotics, AirDesk,  and EquipmentShare are forging ahead on a path to a more productive, safe, accurate and efficient jobsite with their automation and robotic solutions. As other solutions providers follow suit, we’ll keep you updated on how you can expect the industry to benefit — and change — in their wake.