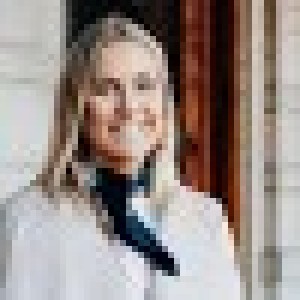 Going into 2020, EquipmentShare’s momentum isn’t slowing down. So many exciting updates are released each week, it’s hard to keep up. So, in case a few slipped by you, we’ve rounded up the EquipmentShare updates you don’t want to miss, as well as a few events to look forward to!

The group discussed EquipmentShare’s decision to base its headquarters in Columbia, Mo., rather than Silicon Valley, a hotbed for startups like EquipmentShare. The founders of EquipmentShare spent time building the company at Y Combinator in Silicon Valley shortly after its inception but ultimately decided to bring the business back home to Missouri.

“When you have hardworking Midwesterners that have that humility, integrity, drive and intelligence that we look for—there is no ceiling,” Willy Schlacks said. “It is a massive opportunity. Not only for EquipmentShare but for any company that recognizes that and seeks to empower those individuals and attributes.”

EquipmentShare’s continued growth in Missouri was also a source of discussion, and so was Governor Parson’s efforts to invest in Missouri’s greatest export, the workforce.

“We want these companies to stay here, we want to retain them here,” Governor Parson said.”We want them to grow here.”

With the new year came 10 new EquipmentShare rental yards! Locations stocked with new equipment and top-tier sales reps ready to help you get more work done are now open in Atlanta, Phoenix, Milwaukee, Portland Oreg.; Sacramento, Calif.; and many more! Make sure to check out EquipmentShare’s constantly-updated locations page to see if there’s a new yard near you.

Also, keep an eye out on The Yard for a new blog post detailing EquipmentShare’s latest rental yards.

Interested in working at one of these new locations? Scope out EquipmentShare’s jobs page to see if there’s a position that’s a good fit for you.

2019 was EquipmentShare’s fastest-growing year yet. Watch our year in review video to see the highlights!

EquipmentShare is partnering with the Missouri Asphalt Pavement Association’s (MAPA) “Black to Basics” Spring Training on Feb. 27 and 28 in Columbia, Mo.! Members of our team will be discussing the benefits of technology in the industry as it relates to productivity. If you’re attending, we hope to see you there!

EquipmentShare is gearing up for CONEXPO 2020! Make sure you’re at booth B8601 to see our latest innovations in construction automation and telematics. Trust us, you don’t want to miss our autonomous compactor demo. We’ll see you in Las Vegas from March 10 through 14!